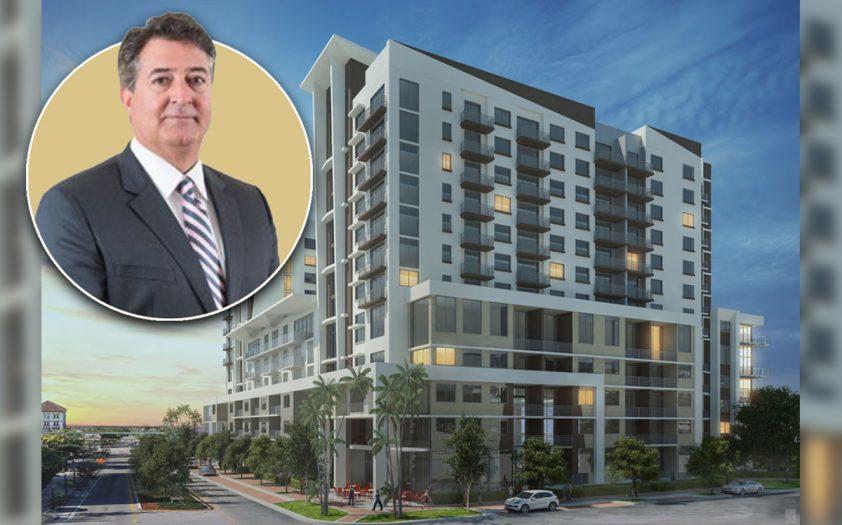 More apartments are planned for Fort Lauderdale’s up-and-coming Flagler Village. Alta Development snagged a $127.5 million loan for two new apartment complexes in the neighborhood.
The loan will go toward paying off a $38.5 million loan it previously secured from Bank OZK for the first phase of its project at 421 Northeast Sixth Street, a 12-story, 206-unit apartment building. The first phase is already completed.
The financing will also go toward construction of the second phase, an apartment complex totaling 12 stories with 271 units at 623 Northeast 5th Avenue in Fort Lauderdale. Miami-based Alta Development secured the $127.5 million loan from a company tied to Mack Real Estate Group, records show.
Alta Developers, led by principal Henry Pino, bought the 1.7-acre Flagler Village site in July 2016 for $2.77 million, and knocked the former structure down later that year.
Alta Development is an active builder in Miami, with current projects including Le Parc at Brickell, Baltus House, Neovita, The Mile and past projects such as 900 Biscayne, Quantum on the Bay, Metropolis at Dadeland, The Vue and Camden Brickell. Research by Colliers International shows that a total of 4,566 apartments were under construction in downtown Fort Lauderdale and in Flagler Village as of the end of September — including 1,889 apartments at five major Flagler Village developments scheduled for completion in 2019 and 2020.